I always feel honored by invitations to do interviews and enjoy answering questions, both about my work and about random things. Most of the interviews I have done were in connection with my books, and the most interesting of them (well, according to my own judgment) are listed on the Book page. Selected radio and podcast interviews can be found on the Audio/Video page. On this page, I’m listing a selection of published interviews that aren’t on a specific book but address more general questions. A complete list of published interviews can be found here.

One of the first conversations that allowed me to address my work and radical publishing was done in 2009 for Vienna’s Project X magazine (no affiliation with straight edge), edited by a great group of people.

In April 2010, Stefan Paulus interviewed me for the Austrian magazine MALMOE (archived online thanks to www.anarchismus.at) after I had been forced to cancel my US speaking tour. Bernd Drücke also interviewed me on that occasion for graswurzelrevolution, the longest standing anarchist journal in Germany.

My biggest step into mainstream media came with the St. Imier anarchist gathering of 2012, when I did interviews with Austria’s liberal daily Der Standard and Germany’s Deutschlandfunk.

That same year, I was interviewed by the Austrian soccer magazine Ballesterer.

I did longer interviews with three German punk zines: Proud to Be Punk, Underdog, and Trust. While the first two were done by mail, the Trust interview was done in person during a long, and very pleasant, session with the one and only Jan Röhlk. Dedicated is the word. And he even likes SST!

In 2017, I was very happy to discuss some of the big questions (think: “What is the left supposed to do?”) with Adam Weaver and Enrique Guerrero-López of the Black Rose Anarchist Federation. The interview was published on Truthout under the title “Prospects for Social Democracy in the US: Insights From a Syndicalist in Sweden“.

That same year, Luther Blissett (one of many) interviewed me for Freedom magazine. The interview appeared in two parts with the intriguing headers “Anti-Fascist Sports, Autonomen, and PhDs” and “Fascism, Mao and Anti-Imperialism” (not created by myself). It has been translated into Dutch.

In 2018, I got to speak to the South Tyrolean online platform Salto. I was very pleased. If you read what I wrote in the “Südtirol/Alto Adige” paragraph of the Review page, you’ll understand.

In 2022, I did an interview in two parts (one and two) for the Spanish anarchist journal Todo Por Hacer. 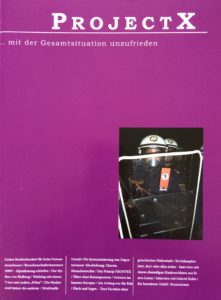 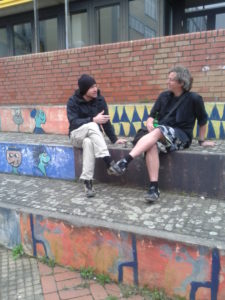 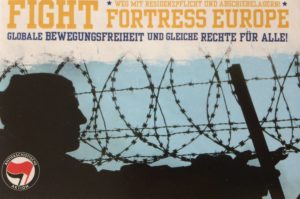